Anarchy in the U.K. 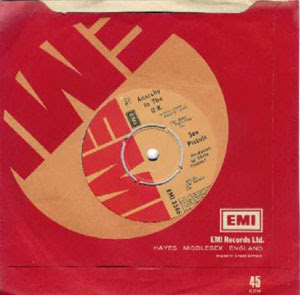 Well, not anarchy exactly, more of a small hiccup (but then "Small Hiccup in the U.K." wouldn't have made a very good post title).

Earlier today, we started our first real efforts at collecting data for Nelso in the UK, starting with Cambridge, England. Using the Nelso iPhone data collection app, the operator in Cambridge noticed right away the incomplete addresses being returned by the Google Maps geocoder. Specifically postcodes, which were being returned in the strange format "CB4 1" instead of the expected six alphanumerics of a full UK postcode1 (e.g. "CB4 1AJ").

We'd never had this problem in other countries, and for a few minutes I was stumped. However, a quick look through the Google documentation for the geocoder reveals that in the UK (and similarly in Japan and China) the postcode database is copyrighted by the Royal Mail2, and one needs a license to do postcode lookups based on latitude/longitude.

Seems we'll have to pay for a license at some point (although not right away - who sends letters anymore?).
1 Although the only "real" address with three letters at the beginning (rather than 2 letters and a number) is Girobank's "GIR 0AA", Santa Claus does have the UK postcode "SAN TA1", which starts with three letters.
2 Why does the Royal Mail use royalmail.com rather than royalmail.co.uk?
Posted by Jack DeNeut at 5:23 PM