When I hear "Paris", I think of France, not Texas 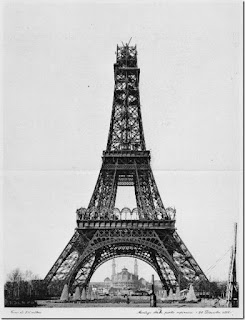 While looking through the Google Analytics for Nelso.dk, I was pleased to find that we rank very well for the search term "Museer i Paris, Frankrig" ("Museums in Paris, France" in Danish). Despite ranking well for that term, we aren't getting a lot of traffic for Paris museum searches, which I found odd. I would've thought that this would be a common search for tourists visiting the City of Light.

The solution to the problem is that Nelso.dk doesn't rank nearly as well for the search "Museer i Paris" ("Museums in Paris"). Situations like this show the weakness of search engines like Google when searching for a topic or concept rather than specific words.

Imagine a library where one client asks for some books about "museums in Paris, France" and gets a different set of recommendations from a client coming to the info desk minutes later asking for "museums in Paris". A human librarian would view these queries as equivalent and wouldn't be fooled by the slightly different wording. I mean, if you really wanted books on Paris, Texas you'd say so.

But for Google, "Paris" and "Paris, France" are different queries producing different results. Even in a field as mature as full-text search, there's a lot of work to be done.
Posted by Jack DeNeut at 1:01 PM